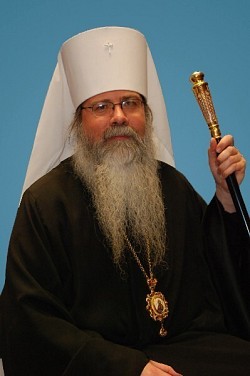 Archbishop of Washington and Metropolitan of All America and Canada

The Metropolitan enjoys primacy of honor among the bishops of The Orthodox Church in America. He was elected to his post in November 2012. As Primate, he shows concern for the internal and external welfare of the entire Church. He is the president of the Holy Synod Bishops. He is the ruling archbishop of the Archdiocese of Washington and bears the title “Archbishop of Washington and Metropolitan of All America and Canada.” 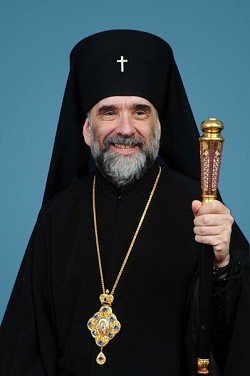 The Diocesan Bishop possesses full canonical authority within his Diocese of New York and New Jersey, and exercises it with the assistance of diocesan clergy and laity. He is the Chief Shepherd of his Diocese. He was consecrated bishop of the diocese in May 2010. by virtue of his ordination and canonical appointment, serves as the spiritual father and teacher of the faithful entrusted to him and presides over liturgical worship in accordance with the tradition and the norms of the Church. He was appointed the parish rector in December 1991. has served as the Director of Music of the parish since his appointment in July 1997.

As a son of an Russian Orthodox Priest and Matushka during Soviet times, his earliest church service was to hold a hierarch's Posokh and stand faithfully during the long services. His father as well as many Orthodox bishops and priests provided a healthy and rich blend of experience and knowledge amidst everyday church life and perilous days under Communism.

As Mr. Shipovalnikov said, "All my life, I'm fighting the Soviet regime." "I'm not fighting them with a gun, but against propaganda and with music." If you would like to help support our parish, please consider making an online donation.
We are a 501(c)(3) organization.